Daisy Cooper and the St Albans Liberal Democrat team have ​​knocked on 1000 ​doors this weekend as part of their ‘1000 Door Challenge’. ​Known for their community campaigning, ​the Liberal Democrats ​are looking to build on the success of ​the recent ​local and general ​election result​s.

At yesterdays meeting of Hertfordshire County Council parents from the NHS Nascot Lawn Respite Care home presented a petition with over 14,100 signatures seeking the commitment of the Country Council to do all in its power to ensure the continuing support and care even though the Herts Valleys Clinical Commissioning Group had announced withdrawing the £600k funding from October 31st which will force the centre to close.

Liberal Democrat Parliamentary Candidate Daisy Cooper has received the backing of cross-party group "More United" as the best candidate to become the next MP for St Albans.

Daisy Cooper and the Liberal Democrats have pledged an emergency takeover of Govia Thameslink to end months of crisis and disruption for thousands of commuters.

Liberal Democrat Parliamentary Candidate Daisy Cooper is to lead a public meeting for parents to understand how the schools funding crisis, will affect their chid's education. The meeting follows an initiative by St Albans Headteachers, who have recently written to parents to say how concerned they are at the £3 billion shortfall in Education funding in real terms. following the introduction of the government's new funding formula.

Daisy Cooper said: "If the Conservative Government's proposals go through, they will cause serious problems for many of our schools over the next few years. Headteachers, who should be free to teach and inspire our children, will instead be forced to make difficult decisions to cut support services or the classes on offer, or increase class sizes. The severe reductions in funding per pupil will lead to fewer teachers managing growing class sizes."

Some examples of the impact of the cuts on schools in the St Albans constituency are: -

Daisy Cooper, who was announced this week as the Liberal Democrats spokesperson for Young People on their General Election Campaign Team will be joined by: Alan Gray, Chair of Hertfordshire Schools Forum and Headteacher, Sandringham School, and Jo Yurky, co-Founder, Fair Funding for All Schools, a national parent-led campaign.

Tickets are free but spaces are limited so please reserve at: 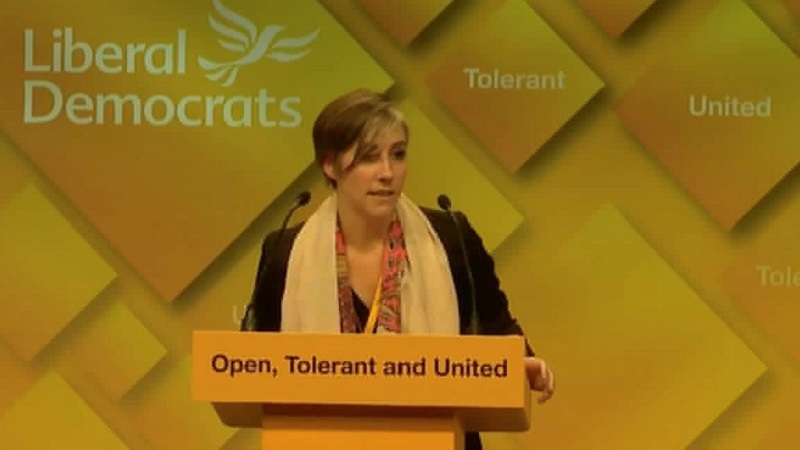 Daisy is the Parliamentary Candidate for St Albans. Tim Farron has recently announced that Daisy will act be the Lib Dem spokesperson for young people.

She lives in the heart of the City and is campaigning against a hard BREXIT, for improved local NHS services and for more affordable and reliable trains. Daisy is also actively supporting the "Save the St Albans Pubs" campaign.

Daisy is currently the Joint Executive Director of Hacked Off. Set up in the wake of the phone hacking scandal, Hacked Off campaigns with victims of press abuse and intrusion for a free and accountable press.

Previously Daisy worked in Commonwealth affairs for 10 years - campaigning for improved LGBT+ rights abroad and against human rights violations in Zimbabwe and Sri Lanka. Daisy campaigned for the UK to stay in the EU during the recent EU referendum and was appointed in October 2016 as the Party's National Candidate Diversity Champion.

Daisy is a high-profile candidate within the Lib Dems having come second in the 2014 race to become Party President, and having stood for Parliament before. She is known in the party for being a driving force behind the adoption of "One Member One Vote" and was part of the team that designed measures to improve the diversity of the party's Councillors and future MPs.