As part of Dementia Action Week (16-22 May), St Albans Liberal Democrats and Daisy Cooper supported the initiative in both St Albans and Westminster respectively.

In addition, Sandridge & Wheathampstead councillor Lynn Cunningham wrote to practice managers in her area asking them to display a poster highlighting awareness of the illness. Cllr Cunningham also asked the county council for an update on the five-year Hertforshire Dementia Strategy 2022-2027. 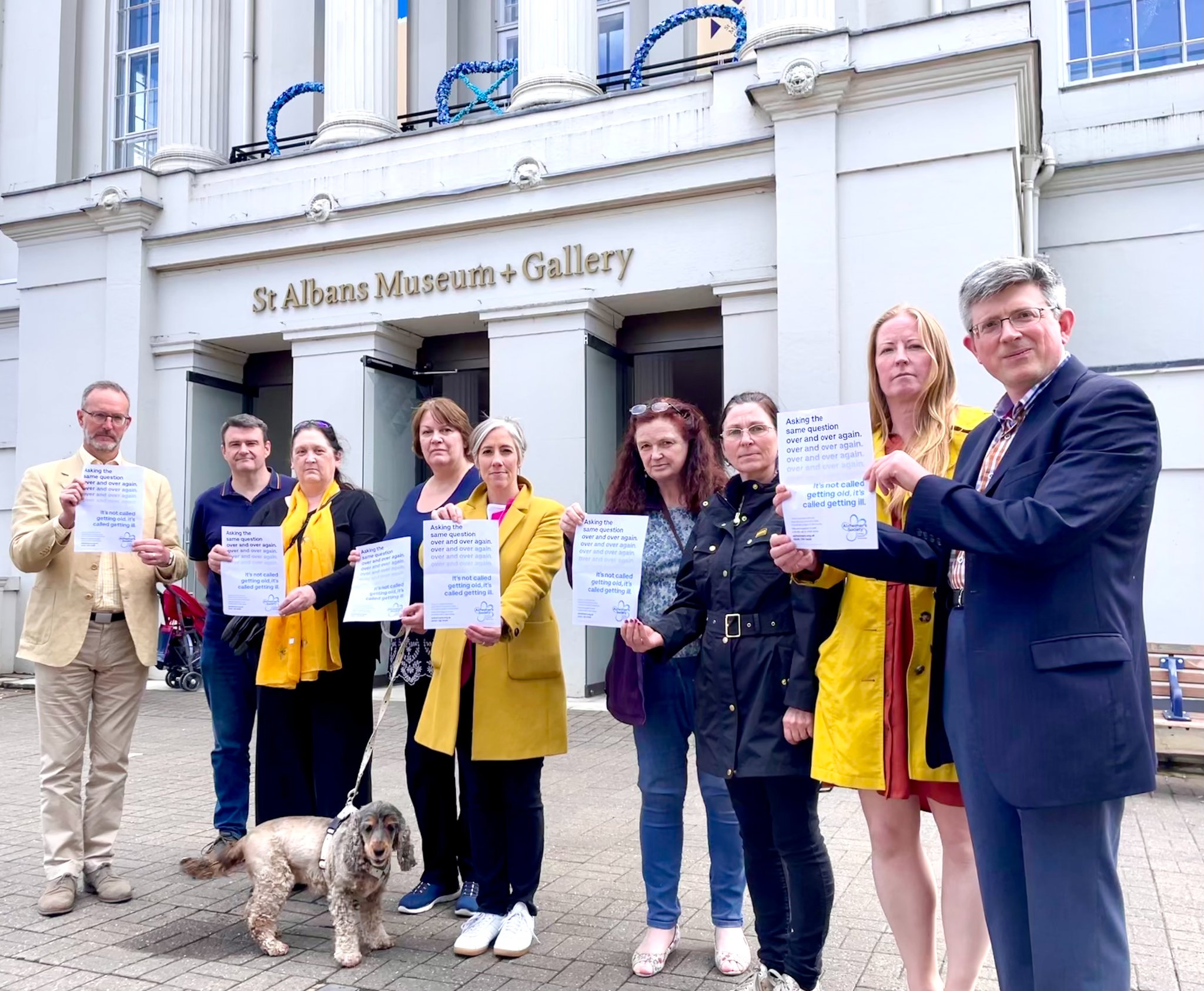 Meanwhile, Daisy Cooper met with people affected by dementia, experts from Alzheimer’s Society and clinicians at the charity’s Parliamentary reception to find out more about the barriers people face to getting a diagnosis.

The St Albans MP has also pledged her support to the charity’s Dementia Action Week campaign – “It’s not called getting old, it’s called getting ill” – which aims to raise awareness of the symptoms of dementia and encourage people worried about symptoms to seek a diagnosis.”

Daisy Cooper said: “I pledged to support Alzheimer’s Society in their drive to make the recovery of dementia diagnosis rates a priority. 1 people in 4 have battled dementia symptoms for over two years before getting a diagnosis. Anyone worried that you or a loved one may have dementia, should contact Alzheimer’s Society for advice and support.”

Lynn Cunningham added: "A shocking number of cases of dementia are going undiagnosed, both here in St Albans, Harpenden and the villages and right across the country. This is a heart-breaking and cruel disease - but it's much better for sufferers (and their families) to receive a diagnosis and get access to the proper support.

"It's clear from the varied activities undertaken by community groups in the district that this is an issue close to many people's hearts, and St Albans Lib Dems were proud to play a part in raising awareness of it."