The upcoming poll, he said, provided a welcome chance to talk about important matters other than Brexit.

Community facilities, the environment and housing
Vince was also joined by Daisy Cooper, St Albans Parliamentary spokesperson, on a visit to a homeless hostel run by the Emmaus charity.

“It reminds us all what we’re in politics for,” he told supporters. “Good community facilities, environmentalism, and affordable housing for all. These are the core values we want to talk about.” 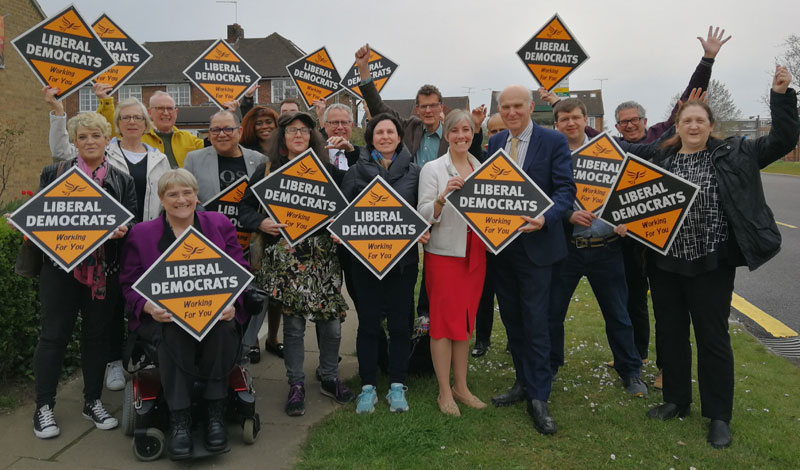