The land on Lindum Place was thought to have been owned by the district council, since for the past four years it had been managed as amenity land by the St Albans authority, which cut the grass and provided signage. 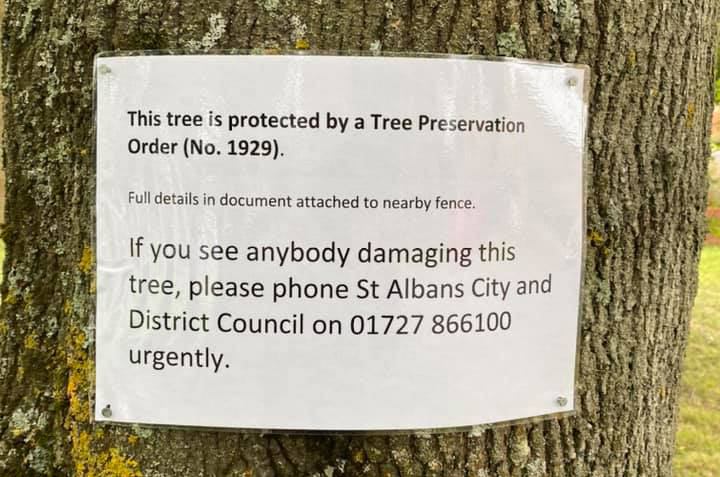 But, as the chair of the Verulam Residents Association (VRA) revealed to councillors, the land had, in fact, become available on the open market – with the potential for future development.
After learning of the situation, St Albans councillors Chris Davies, Edgar Hill and Stephen Barrett quickly began working with the VRA, planning and environment officers, and the district council’s planning and legal departments to see what could be done to protect the land.
Sandy Walkington, the Hertfordshire councillor for the area, also worked on the issue at county level to seek highways management protection.
Meanwhile, the three district councillors found that tree preservation orders (TPOs) applied to the trees in the affected plots would help deter any future development if the land was sold.
TPOs mean that developers cannot carry out any development without the written authority of the St Albans district council’s planning department. Also, conditions can be inserted to permitted planning to ensure the trees remain, so limiting what can be built.
Following this, the councillors were successful in obtaining three TPOs for trees in Lindum Place, which came into effect on 31 August.
Verulam councillor Chris Davies said: “This land appearing on the commercial market has understandably caused much anxiety for Verulam Ward residents who live in close proximity. I’m pleased to say we have managed to ensure tree preservation orders for three trees in Lindum Place which can help protect this land against unwanted development.
“We will continue to work with officers to see if amenity management rights can also be assured across all the affected land.”