The Liberal Democrats will run St Albans City and District Council as the majority party after winning five additional seats in the local elections on 6 May.

In the battle for the district council, Liberal Democrats took seats from the Tories in Harpenden East, Harpenden North, Marshalswick North and Marshalswick South, and from Labour in Batchwood and Sopwell. We also won Ashley ward well ahead of the Greens.

Chris White, leader of St Albans council, said: “We are delighted to have been given this opportunity to run St Albans City and District Council as a majority administration after two very difficult years since I became leader. 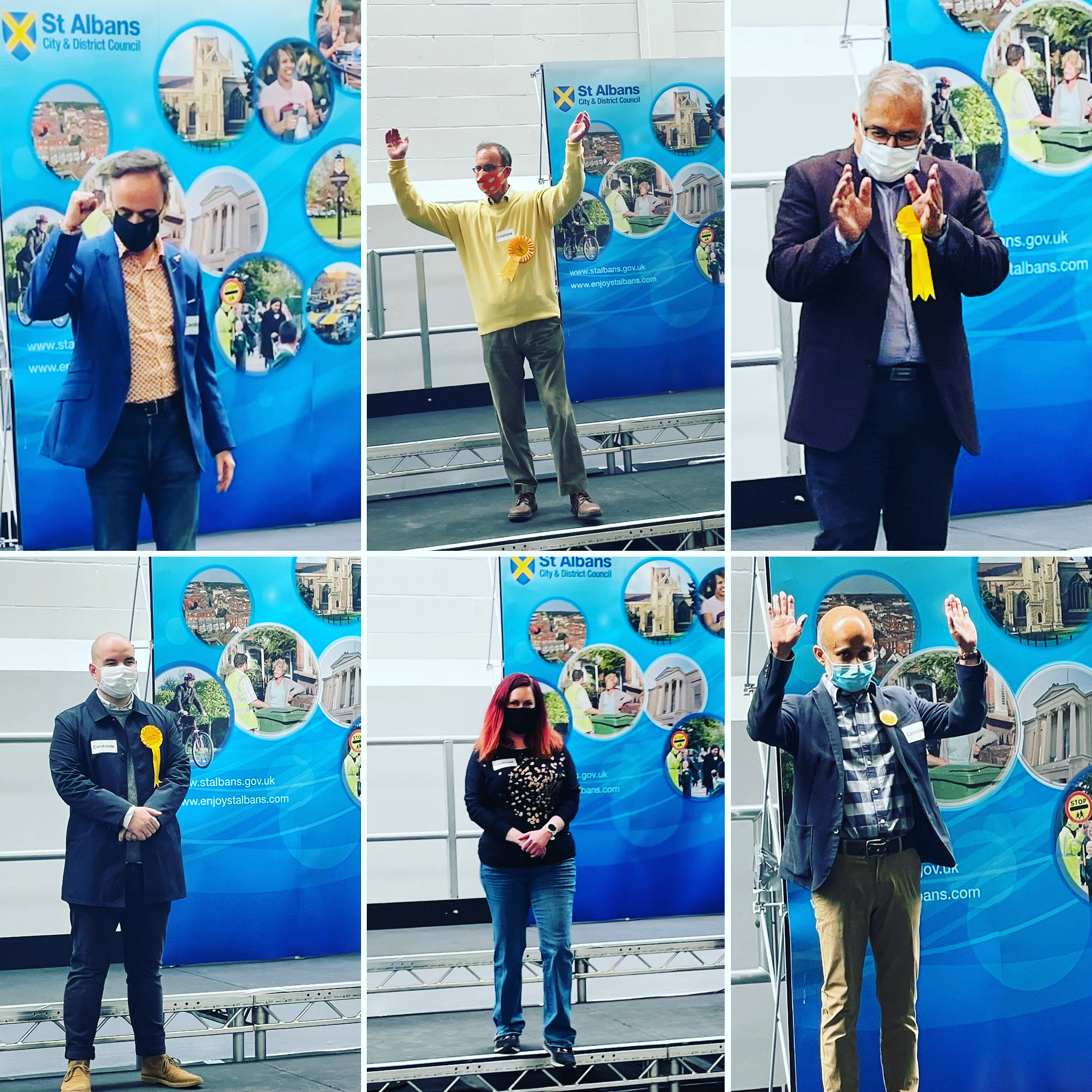 “The problems of Covid and local government finance have not gone away and we have clear priorities over the next 12 months – help the local economy recover from Covid, continue to repair the finances of the council, increase our efforts in fighting the climate emergency, and make progress on drafting a local development plan.

“We will endeavour to represent not only people who voted for us and also those that did not – we are here for all the people in the district of St Albans.

“I am delighted to see that Harpenden in particular now has a stronger voice with three Lib Dem councillors joining the group.”

In the ballot for Herts County Council, Liberal Democrats won a further five divisions – including the Conservative leader’s seat in Harpenden North East, which our candidate Paul De Kort took by 2,063 votes to 2,022.

The final result confirms the Liberal Democrats as the main opposition to the Tories on the county council, with 23 seats.