Campaigner Josie Madoc has been selected to contest the district council byelection in Clarence ward after the resignation of fellow Liberal Democrat Caroline Brooke, who has moved to Oxford with her family.

Josie is part of a strong Liberal Democrat team working hard across Clarence ward and is already getting stuck in with the community. 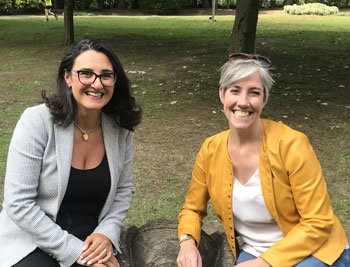 “I love this city! I’ve lived here all my life. But I think it could be better,” says Josie, pictured here with Lib Dem parliamentary candidate Daisy Cooper.

“My daughter was recently involved in the school place shortage, which is where the school campaign, ‘Secondary Schooling Crisis’, came from.

“We held a protest in town, gathering national media attention and afterwards organised an appeals workshop for those worried parents whose children also did not get a place at secondary school.

“This empowerment of community inspired me to stand to be your next councillor in Clarence.”

The Liberal Democrats in Clarence have a strong reputation for getting things done and putting residents at the very forefront of any decision for Clarence.

Chris White, Leader of the District Council and councillor for Clarence, said: “Josie would be an invaluable asset to the team. I couldn’t think of anyone better for our community.”

Voting for the byelection will take place on Thursday 3 October.