The news that rail fares will rise by 2.7% in 2020 is a “further blow” for rail passengers in St Albans, according to Daisy Cooper, the Liberal Democrat parliamentary candidate in the general election.

The increase will leave commuters paying £106.27 more for an annual season ticket to London Terminals, including St Pancras and London Bridge. 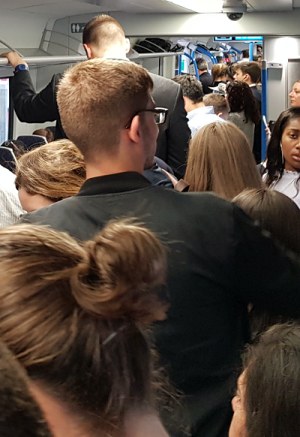 “This fare hike is a further blow for rail commuters in St Albans who are already paying over the odds for an often-shoddy service,” said Daisy, who founded the St Albans Commuter and Passenger Action Group in 2018.

“Commuters who regularly face overcrowded, delayed or cancelled trains will be angered to find out they will be shelling out even more on travel next year.

“For too long the Conservatives have neglected our rail infrastructure and allowed commuters to be treated like cash cows.”

The Liberal Democrats would also overhaul ticketing by simplifying the system, creating season tickets for part-time commuters and introducing early-bird fares. The party would ensure that all rail franchises apply delay repay compensation for delays of 15 minutes or more.

“We will also make sure our creaking rail network receives the investment it needs, to improve capacity and reduce overcrowding.”