Daisy Cooper has been endorsed by cross-party More United members along with 108 candidates from key marginal seats. They include Rosie Duffield (Labour), Luciana Berger (Liberal Democrat) and Paul Masterton (Conservative). 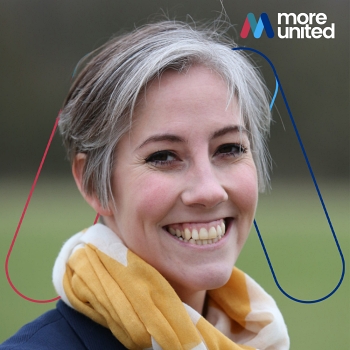 More United is crowdfunding to channel funds to candidates selected in the most marginal seats and has recruited a national network of volunteers who will turn out to support candidates locally.

The group aims to elect candidates from different parties to shift the balance of parliament away from extremism and to reform politics.

“I’m pleased to be endorsed by More United, a cross-party movement making politics less extreme and less tribal. If we want to heal a divided Britain, politicians must work across party lines to come together beyond the election and put the national interest first to move the country forward.”

“By coming together to back these candidates who will work to find common ground, put country above party, and raise the bar in parliament, we can build a better politics.”

Members of More United vote to select the candidates they will support, having signed a pledge to stand up for the values of opportunity, openness, tolerance, democracy and care for the environment if they’re elected an MP.

Once elected they will join a cross-party network to build consensus and campaign together on issues including social care, the environment and mental health.