St Albans residents now have 25 Liberal Democrat councillors – all of whom are passionate, driven and genuine individuals ready to work hard to serve the local community and make the St Albans and Harpenden district the best place it can be.

The team has already been scouring and scrutinising plans, projects and budgets drawn up by the previous administration (Conservative) and discovered a number of ‘horror stories’. Many of these feature at the top of the priority list as the new administration shapes its strategies and plans to deliver.

Specific focuses include the finances of the new museum, the impact of business rates, the various high-profile construction projects the council is managing, housing effectiveness and the excessive number of council housing voids (touching 100 units), staff vacancies and turnover, and many more.

First moves include step to recognise climate emergency
The group is prioritising environmental issues too. We are looking closely at an effective ‘rewilding’ policy, to allow parts of the district to grow more like countryside to help improve species diversity. Crucially, at the next meeting of the full council, we will be motioning for recognition of the ‘climate emergency’ and hope that all other parties will back this.

The Liberal Democrats stand for openness, tolerance and giving a voice to the vulnerable and weak – so one of the first things the new administration has done is propose a new seating format to full council meetings, so all parties are part of the conversation and no one is speaking to the backs of other councillors.

This is the start of a new era and we are appreciative of the opportunity and excited about the future. Join us and be part of it. 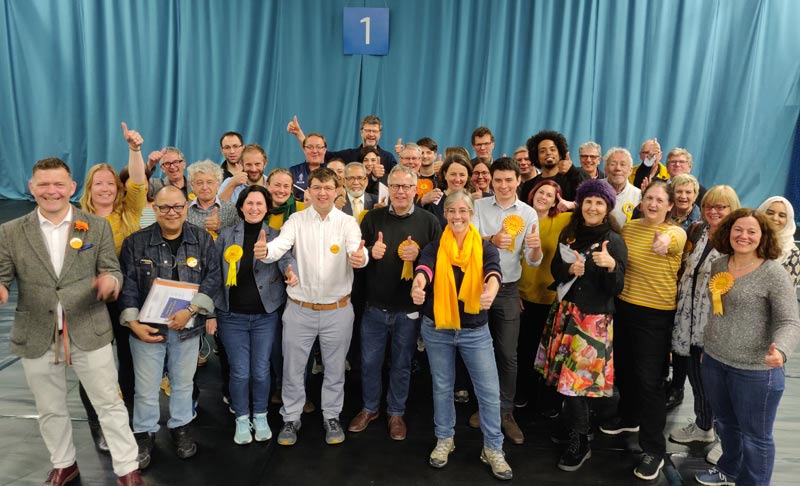