In support of Clean Air Day, which this year happened on 16 June, Liberal Democrat councillors in St Albans have been taking action to encourage drivers outside a local school to switch off their car engines and stop ‘idling’.

Over the course of three days, district councillors Mangala Patil Mead, Jenni Murray, Liz Needham, Dawn Gamble, Sinéad Howland and Helen Campbell all took turns at engaging with drivers at school pick-up time who were idling while parked. They provided more information about how switching off can improve local air quality and encouraged parents and guardians to turn off their engines, and also thanked drivers who were not idling at all and asked them to spread the word about the dangers which they already well understood.

Idling has a huge impact on pollution: King’s College London conducted some air pollution monitoring during action days and compared it to days without idling action events, which showed that pollution peaks on idling. The main pollutants produced by vehicles are nitrogen dioxide and Particulate Matter which are both produced by petrol and diesel vehicles, and which have detrimental effects on the heart and lungs when inhaled.

District councillor for Batchwood Jenni Murray said: "Along with my fellow councillors, I was pleased to be able to back the Clean Air initiative and help raise awareness of the issue of engine idling in St Albans. We can all play our part in helping keep our air clean, and switching off our engines is an easy way to do this.” 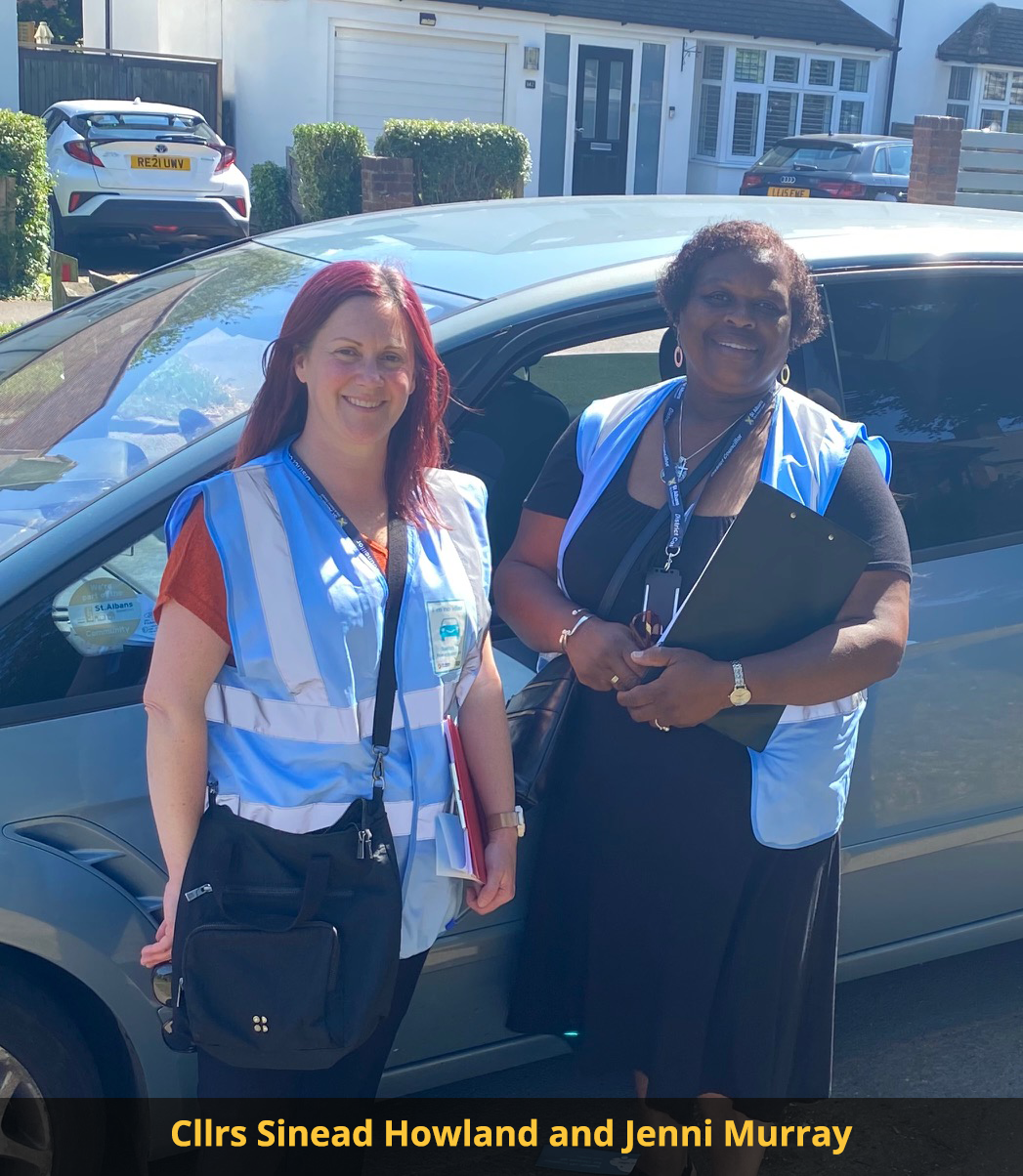 Bernards Heath councillor Mangala Patil Mead added: "The parents and guardians we spoke to were all incredibly understanding and more than happy to switch off their engines. So many of us do it out of force of habit, or don't even realise that we're idling.

"And I'm thrilled that we were accompanied by sixth-form students Sasha, Ruby and Maja. The environment is clearly a priority to them that they're willing to be proactive about - well done to them for joining in."