Charter market pilot will draw on feedback from business and shoppers

Traders, residents and businesses will be asked to choose their favourite gazebo design to be included in a pilot scheme feasibility study for St Albans’ historic charter market later this year.

Two gazebo designs – one the public and trader favourite in a survey undertaken earlier this year, the other in traditional blue and yellow colours – will be set up on St Peter’s Street before the pilot begins.

Once the result is known, the pilot scheme will then go ahead with about 20 gazebos – also on St Peter’s Street – decked in the most popular design. 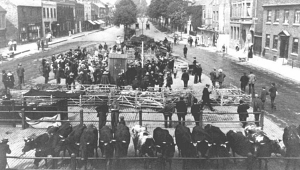 At the end of the feasibility study, feedback will be sought from traders, shoppers and local businesses on the success of the new gazebos. Council officers will also monitor their performance in different weather conditions.

The pilot scheme gazebos will be put up by a contractor, who will also dismantle and store the gazebos at the end of the working day.

A final report and recommendation on their permanent adoption will be made by St Albans council’s regulatory and business committee.

The pilot scheme was originally scheduled to begin in June but was put back until later this year after the government decision to continue with Covid restrictions at that time. 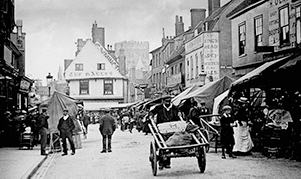 Mandy McNeil, vice-chair of the committee and lead councillor for various business activities including markets, said: “When it gets under way, the pilot scheme will be a good way of testing layouts and gauging the opinions of traders, businesses and residents on the best way forward.

“With the support of market traders, we kept the market open throughout the pandemic using gazebos and we have had a lot of feedback on this new style of operating, much of it positive. With traders putting up and taking down their own gazebos, the risk of Covid contamination and spread was reduced.

“Grants of up to £8,000, to help with continuing property costs during the pandemic, meant that to those traders who applied for it had funds to help with things like pitch fees, purchase or rental of a gazebo and assistance to hire a third party to transport, erect, take down and store their gazebos. 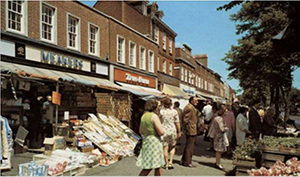 “The council has operated a twice-weekly trader-built gazebo operation for many years as part of our charter market street food offering, which draws footfall from near and far.

“Maintaining a vibrant charter market and city during the pandemic has helped us bring much needed visitor footfall in.

“Covid continues to put pressure on the council finances and we are exploring how best to fund the purchase of gazebos as part of the business plan process. The financial position of the market has improved, and we are seeking further cost reductions, including reviewing our very high business rates and whether those are justified.”