Call to give ‘stressed’ frontline workers support when lockdown ends

Support for people working in the frontline will be essential when the end of lockdown begins, warns Sandy Walkington, councillor for Sopwell and Verulam.

Sandy’s big concern, he told listeners to Radio Verulam, the St Albans community radio station on 92.6FM, is the hidden damage that could emerge once life starts to return to normal, including post-traumatic stress disorder.

“I think the people who’ve been working on the front line, they’re being driven at the moment by adrenaline. With the kind of stresses and strains that these people have been under, they’ll suddenly go ‘phew’ at the end of it – and we’re going to need to be there to look after them. Are there the counselling facilities to look after them?” 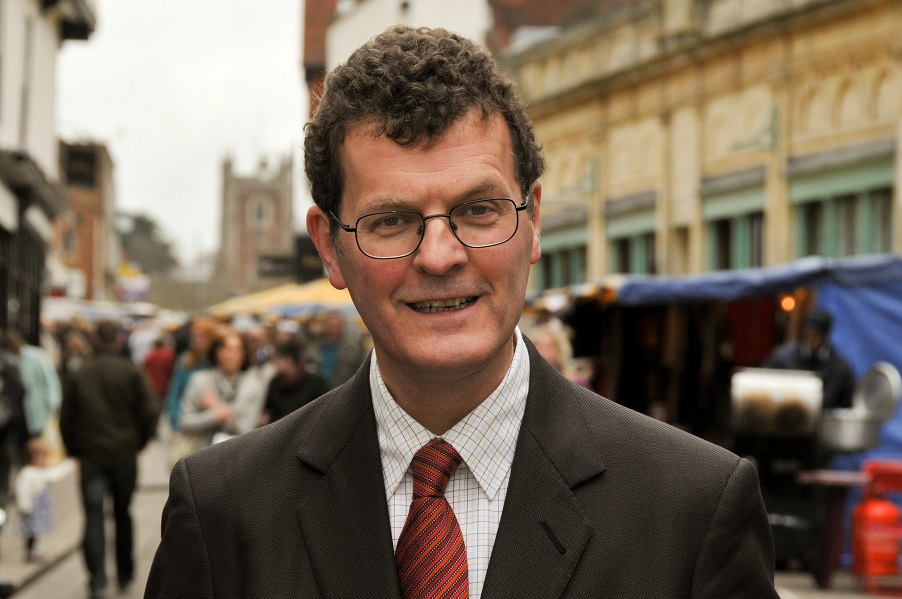 Sandy is also worried about the distress suffered by many other people during lockdown, especially those who’ve been bereaved, or who’ve felt isolated, or who’ve suffered domestic violence, he told Radio Verulam presenter and journalist Leona Fensome.

“At some stage we’ve got to hope that we start coming out of this. I mean we won’t come out with a bang – it's going to be very slow. It’s quite clear that social distancing is going to have to continue for a very long time and probably until a vaccine is discovered. But it would be good for people get back to work both for their own mental health and also because the economy and the country needs it.”

Leona asked Sandy (pictured above) if in his 40 years of knocking on doors in Sopwell and Verulam, he’d seen anything to compare with the coronavirus crisis.

“This is absolutely a unique experience – and the big difference is modern media,” he said.

“It’s been an absolute lifesaver in the current circumstances that you’ve got WhatsApp, Facebook, Instagram and email. It’s therefore much easier for people to mobilise.

Identifying people who are vulnerable
“I can’t knock on the doors at the moment but I can make telephone calls, and one of the things I’ve been doing, and colleagues have been doing, is trying to identify people who we think might be particularly vulnerable and where we have their phone numbers, and of course that’s not in every case, but just giving them a call and saying, how’s it going?

“One of the encouraging things that says so much about our area is that everybody I’ve called, even if they’re on their own, they’ve got someone looking out for them and they say, yeah, I’ve got ‘x’ coming to do the shopping or ‘y’ does that, or I’m okay.

“And you know, it’s just a fantastic testament, I think, to what a brilliant area we live in and I'm lucky enough to represent.”