Edgar succeeded Janet Smith to become the city’s 477th mayor at an annual meeting of the council after the elections on 6 May.

A district councillor since 2014, Edgar Hill has chosen Youth Talk as his charity for the year, which provides free and confidential counselling to young people aged 13 to 25 across the District. 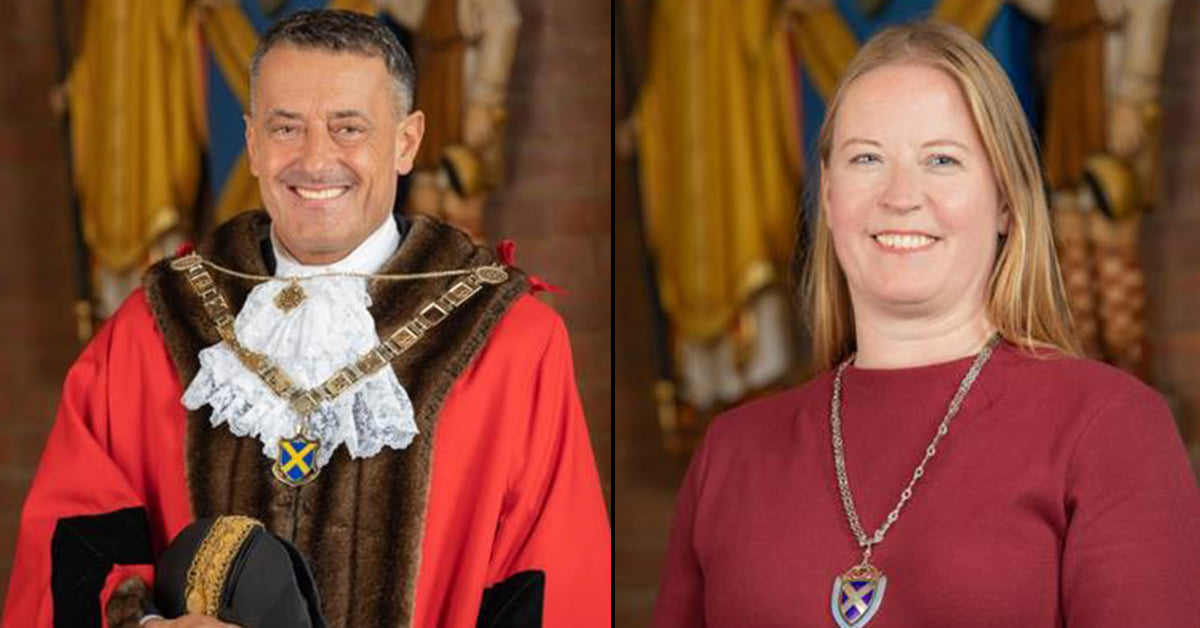 He said: “I’m looking forward to supporting our voluntary groups, charities, businesses and the community as a whole as we recover from this terrible pandemic.

“Young people have suffered more than most during the public health emergency with education and work so badly disrupted. Their mental wellbeing is a major concern, so I will be raising funds for Youth Talk which does so much to help our young people cope with the pressures that they face.”

Deputy mayor Helen Campbell is in her fourth year as a district councillor for the Marshalswick South ward and was this year elected to the county council serving the St Albans North division.