An appeal in support of St Albans foodbanks has raised the huge sum of £2,185 in supermarket vouchers from the local community. 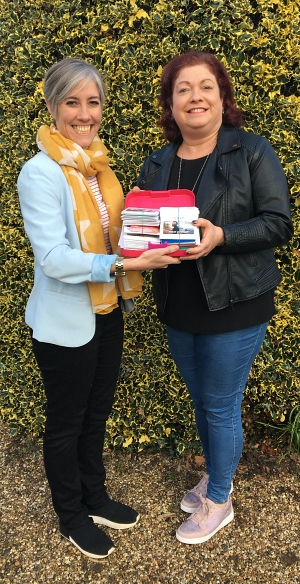 The appeal was launched by Daisy as her first act as St Albans’ new member of parliament after winning the seat in the general election.

“Thank-you to the many members of our community who so generously donated to this appeal,” said Daisy.

“The response has been overwhelming. As well as supermarket vouchers, people have been donating dry foods and setting up standing orders. One person even donated £200 from a media appearance to the St Albans and District Foodbank.”

Astonished by generosity of local community
Any donations of fresh food and seasonal items, such as Christmas cakes, satsumas and nuts, were handed over to the Feed foodbank run by the Vineyard Church in Brick Knoll Park, St Albans.

Emma Dalton commented that the St Albans and District Foodbank had been astonished by the response and generosity of the local community.

“Having this amount of supermarket vouchers gives us lots of options – we’ll be able to purchase food for special diets, for example. It will give us a level of flexibility we haven’t had before.”

Both Emma and Daisy stressed the need for the community to continue to support local foodbanks, either with food donations at supermarkets or gifting money through standing orders.