County councillor Sandy Walkington has welcomed the start of works to resolve persistent flooding at Mayne Avenue in St Albans.

The road flooded whenever there was heavy rain, making it impassable for cars and even the bus service - leading to widescale disruption since Mayne Avenue is is the main feeder road for the whole Verulam estate as well as providing access to Waitrose, Praewood school and Fosse house elderly care home. 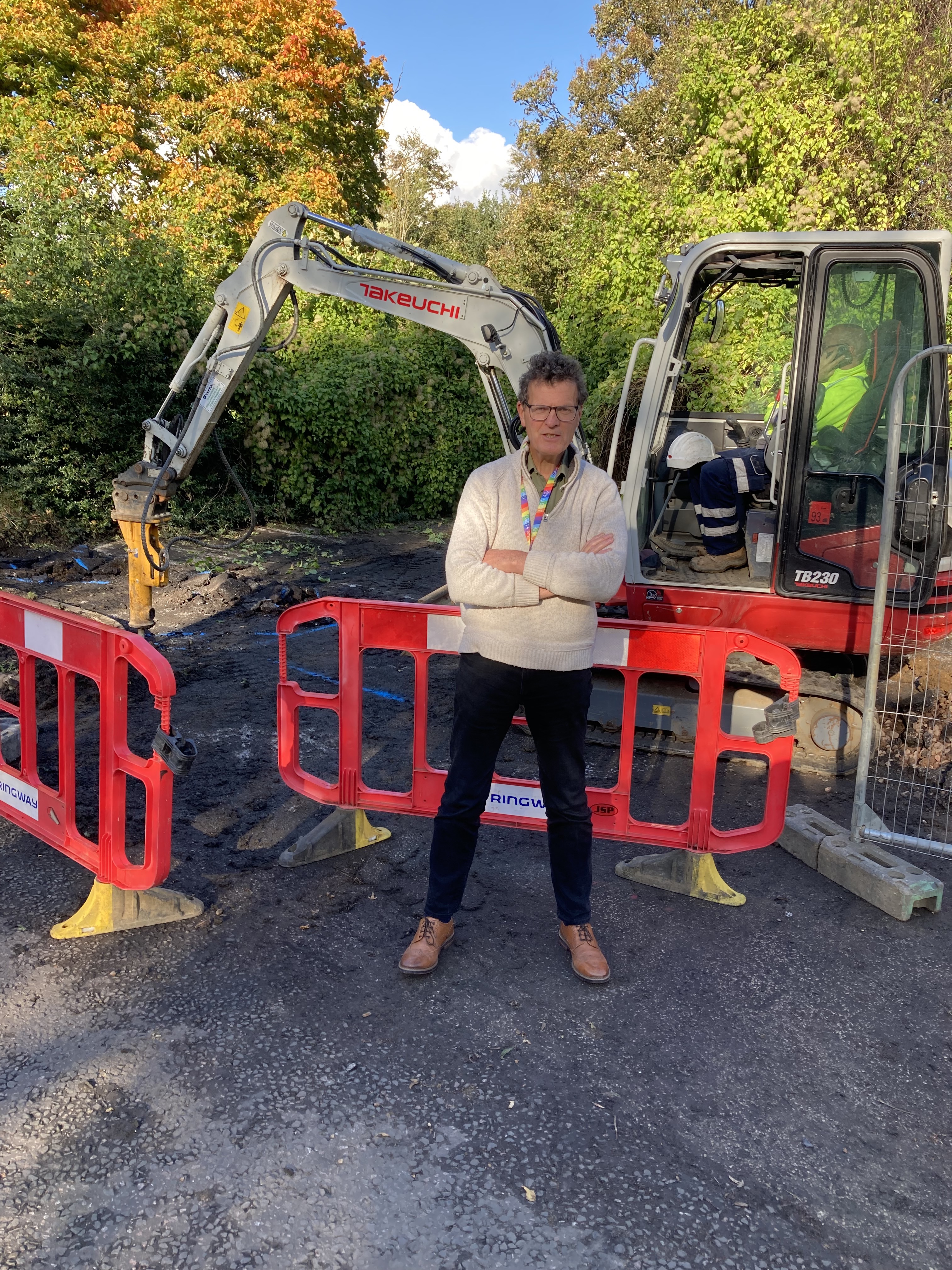 Sandy, who has been campaigning about the issue since he was elected nine years ago, said that difficulties in getting the issue resolved including working with highway authority Hertfordshire County Council and main sewerage authority Thames Water, both of which claimed the other was responsible for the 'assets'. As a result, says Sandy, the temporary fixes that were put in place were not good enough.

The situation was complicated by HCC and Thames Water both saying the other was responsible for the ‘assets’, with both organisations carrying out palliative fixes which have only worked temporarily.

Now, however, a new soakaway is being installed as well as new catch-pits and two new kerbside gullies.

“With global climate change, we can expect more frequent torrential rainfall.  It is vital that the county council makes its infrastructure resilient and adapted to the new normal.  After years of campaign with the help of many local residents, I hope we have resolved this long-running saga, but I fear this is a foretaste of things to come,” Sandy said.