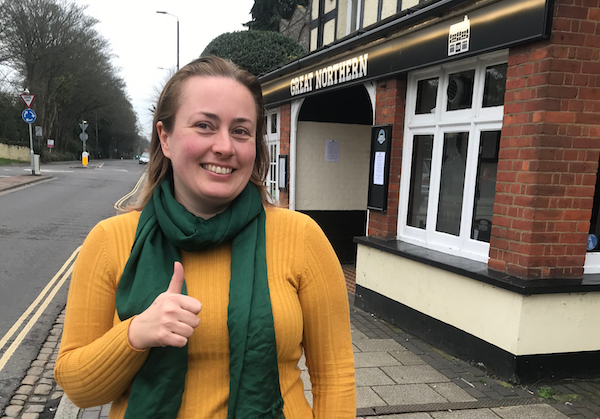 The regulars took the step after fighting a series of planning applications to develop flats on the beer garden of the pub.

Following the opening of The Odyssey cinema four years ago, the Great Northern was completely refurbished and is now a popular public house, something highlighted by all the objections to the latest planning application in the summer of 2018.

The Great Northern has been part of the successful regeneration of London Road, which was recognised with the ‘Most Improved Pub’ award by the local branch of Camra in 2017.

“People came to me after the latest planning application, saddened by the possible loss of the beer garden as both a green space and social amenity, so I put forward the idea of an ACV,” Jacqui explained.

“The Friends of the Great Northern community group was founded and they’ve done an excellent job in obtaining this status to demonstrate the strength of feeling in the neighbourhood.”

ACV status is awarded by councils to land and buildings that further the social well-being of the community.

Having an ACV in place on land means that if a planning application is submitted to change its use, then the listing can be given significant weight in deciding whether to grant planning permission or not.

It also means that if the pub gets put up for sale, the local community will have a chance to bid to buy the pub.