The true fork in the road 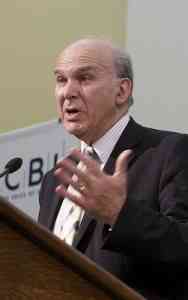 Much has been written about David Cameron's attack on government borrowing plans. It is described as "a fork in the road". There is supposed to be a great divergence in policy between Labour and Conservative parties. So the media described the Pre-Budget Report and its messy aftermath as a defining moment.

It was indeed a defining moment, but the divergence has been in political competence and political bravery, with Liberal Democrat Vince Cable standing head and shoulders above all other politicians. For most of my working life I have worked in the “engine room” of the UK economy with senior roles in the oil, telecommunications, and transport sectors. I thought I had seen it all.

Yet nothing has prepared us for the intensity of the current firestorm, no-one is immune. Blair/Brown and then Brown/Darling were culpably reckless in their handling of the economy. They were fully complicit in the excess which led to the bust. But the Conservatives have throughout opened their mouths and said absolutely nothing of any substance. Political rhetoric and soundbites, yes – but there has been no alternative plan, no coherent alternative Conservative offer, except to whinge on a regular basis after the caravan has moved on.

The one national politician who quietly and methodically challenged the credit binge – not just over the last few months but for years and years beforehand – was Liberal Democrat Vince Cable. And when the whirlwind hit, he did not just say “I told you so”, but has stood out in the Commons Chamber and on the airwaves with his consistent, measured, confident and knowledgeable responses to each stage of the crisis. At every stage he has called it right. It is an object lesson in the benefits of a thoughtful and well-founded third party view.

The Liberal Democrat front bench has an immensely strong economic team. Nick Clegg was in Leon Brittan’s EU Trade Commissioner cabinet and an EU trade negotiator before going into politics. David Laws and Chris Huhne both had highly successful careers in the City before entering the Commons. Together they have the experience, judgement and analytical skill to craft coherent policies for the long term. There is no pain-free way out of the current bind. So the key question in British politics is how quick and authoritative the political reaction is, how honest it is about the inevitable pain caused by the government and main opposition being asleep when the warnings were clear to see, and finally how the pain should be shared most fairly. George Osborne and the Conservatives score nil points on all three.