For once I did not go to one of the formal Remembrance Sunday services today and went instead to the gentle celebration in Francesca's Catholic church.  It is extraordinary how a commemorative day which was beginning to die on its feet has found new vigour and purpose - not least because of the very real sacrifice and strain felt by our armed forces in today's conflicts. 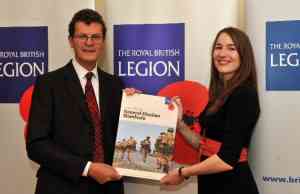 That's why I was very pleased formally to pledge my support recently for the Royal British Legion’s military covenant campaign to get a better deal for the British Armed Forces family. The Royal British Legion’s manifesto for the next general election sets out priorities for the next Government to improve conditions for the British Armed Forces past and present and their families. It encourages MPs and prospective parliamentary candidates to “do their bit” for Service Personnel and their families, the bereaved, veterans and dependants.

We demand a lot from our armed forces and we owe it to them to treat them and their families right – not just when they are serving but afterwards as well.  Shockingly poor pay for the lower ranked personnel, inadequate kit, terrible military housing, and too little care for ex-service people all leave a very bad taste in the mouth.  That is why we have to be firm about upholding the military covenant - we have a duty to stand by those who are serving and those who have served. I am glad that the Liberal Democrats have taken this on fair and square - see here for Nick Clegg's campaign on soldiers' pay.