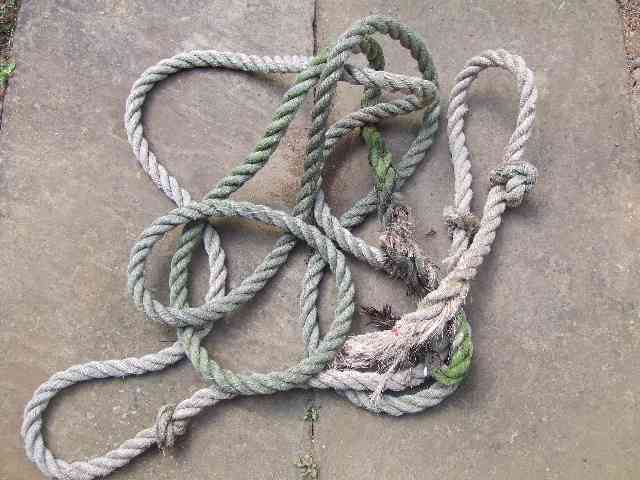 We have always had a rope swing in our garden. Our children's friends love it. Unfortunately squirrels also seem to have a taste for manila hemp and so every so often they bite through the rope where it is tied round the branch and it all comes down in a heap - fortunately without serious injury so far. I am prompted to record this, having just learned the origin of the phrase "Money for old rope". It comes from the use of old ships rigging being used to make paper.

I learned this fascinating nugget of information at The Paper Trail at Apsley next to Bedmond and Primrose Hilland so only just outside the St Albans constituency boundaries. Frogmore Mill on the Gade at Apsley was where the first ever continuous paper-making machines were installed - the so-called Fourdrinier machines which allowed mass production of paper and therefore a step change in availability of low cost books and newspapers. Coincidentally paper was first produced in England in individual sheets only a few miles away in Hertford. St Albans had one of the first printing presses after Caxton introduced the process into England.

And Watford became the print capital of Europe with the children's books of my youth coming from Odhams Clear-Type Press. Paper and printing became the engines of democracy - and Hertfordshire was at the epicentre. Why money for old rope? Because they made the pulp from various materials including old ships' rigging and some of the paper produced by the new process was for the banknotes first introduced during the Napoleonic Wars. As a young man I did a number of holiday jobs at Postlip Paper Mill in Gloucestershire where the first ever banknote paper had been manufactured - and they were still producing the highest quality chemical filter paper in ancient lime-washed and sunbeamed buildings when I worked there in the 1970s.

The very knowledgeable former paper maker who showed us round Frogmore Mill was a fund of information on other familiar phrases. Knocking off time? That was when you used a sledge or mallet to knock off the drive belt connecting the steam engine to the machinery. Mind your p's and q's comes of course from the old boxes of solid type and the importance of not confusing the two letters. 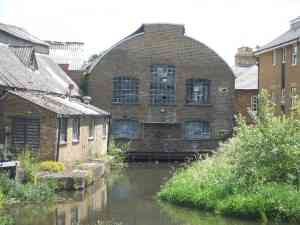 The Paper Trail complex of ancient buildings dotted along the river house a number of different activities - conference and corporate entertainment facilities, a business incubator, and most interesting to me a small letterpress business using old-fashioned lead type-setting machines and museum-worthy Original Heidelberg printing presses. They even have the contract to print the Daily Order Papers for the House of Commons - an admirable use of public money to preserve a dying art. I learned to print at school on an Original Heidelberg machine and I worked for a year at a small letterpress printers in Cambridge - it was a genuine craft swept away by computers and desktop publishing.

The credit crunch has been a savage blow to The Paper Trail as planned property disposals came to naught. Here is a museum celebrating Hertfordshire's particular and special contribution to the history of civilisation. They are trying to raise money wherever they can. It's well worth a visit and they need the punters.